The ‘Climate Streets’ of Antwerp 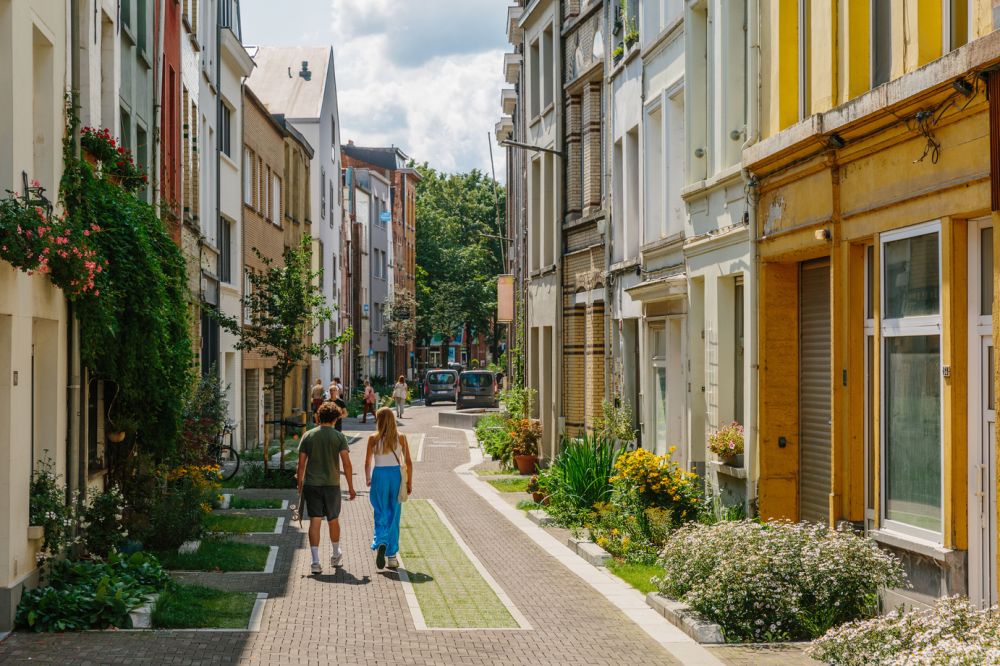 In the face of climate change, the City of Antwerp is continuously looking for ways to make the environment as climate-resilient as possible. As a result, things are indeed changing on the city’s streets! We already heard about the Living Streets initiative and now we bring to you the story of its big sister - the Climate Streets.

What are the ‘Climate Streets’?

They are specially-selected streets around the city of Antwerp, where residents have been working together with local teams to green up their streets with more plants and natural features. The aim is to transform the neighbourhoods into quieter, greener and more pleasant streets, where people can enjoy walking and more social interaction. For the residents who dream of more greenery, the Climate Streets represent the opportunity to realise their dreams.

The Climate Streets are not only pretty - they are also an important measure for Antwerp to adapt to the direct consequences of climate change, for example by using permeable materials and rainwater recovery to cope with flooding, and greenery to cope with heat stress during hot summers.

When did this start?

The initiative began in the summer of 2017, when the City of Antwerp started working together with residents on their temporary Climate Streets. Because this pilot project is a co-creative process with the residents, the City first set up this experimental period. Initial designs were tested with temporary test devices. Residents first received prototypes of their Climate Streets and provided feedback on the designs.

What does the future hold for the Climate Streets?

Now the city is working on a plan to convert several streets into permanent Climate Streets full of green and blue features. In permanent Climate Streets, the aim is to replace the existing surfaces with more plants, trees, grassy areas, and herb and vegetable gardens. The city wants to continue experimenting with the project approach, the way of co-creating with residents, the application of new techniques and dealing with maintenance after construction. The intention is to optimize the various aspects of the streets, create broad and sustainable support among residents, and ensure that the streets can be more easily maintained in the future.

With more and more Climate Streets being introduced across all districts, it is clear that this is a cornerstone of Antwerp’s climate-resilient future.

Where are the Climate Streets?

Permanent Climate Streets are under construction in:

In Antwerpen Breekt Uit the city is also continuing to focus on softening streets and squares.